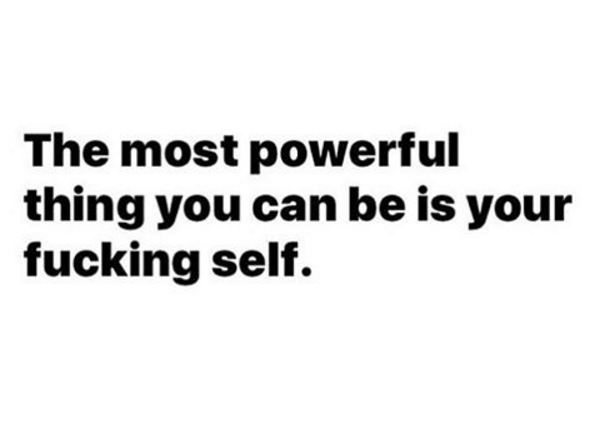 “You don’t have to love the work, but you’re addicted to the results.”

I just finished reading the book, Relentless, by Tim Grover. It was a fantastic read and I definitely recommend. There were many, many parts of this book that resonated with me. However, there were a few parts of the book which were over the top, to me anyway.

The chapter from the book with the quote from above, I would classify as the “all-in” mentality which the author classifies as a Cleaner in this book. Yes, to be a winner you have to make certain sacrifices in life which we all know, but to what point is too much?

“There is no off season when you’re a serious winner.” Another quote from this book which could be interpreted in a negative manner. Any athlete who wants to be competitive needs to have some sort of off-season, or else it will lead to complete burn out. That would be over the top. It’s not weak to know you should shift direction. In fact, consider it smart. There is no failure if you just never stop. Rather than saying you failed and quit, find an alternate route to keep going and be sustainable.  Giving up would actually be considered weak because then you’re failing to be adaptable. You can still be stubborn about your goals, yet flexible about your methods.

In the fitness industry, there was a trend to be “all-in” and have the most willpower out of anyone. This trend is not dead by any means, but there has definitely been a shift. When the topic of flexible dieting came about, there was a moment of realization where people decided that you don’t need to be 100% committed all the time and it’s okay to live a life of balance.  To live a life where we do not overwork ourselves in one area because it can take up so much of our willpower and that isn’t truly a “balanced” life.  Once people started practicing flexible dieting, they realized moderation. This led to a shift in mindset with not only nutritional choices, but also other aspects of life outside of nutrition and the gym.

My personal testimony: I never realized my adherence/dedication was “abnormal” until someone commented on my adherence compared to others.. After I was told this, it made me feel like I was doing too much and made me question if I was balanced by dedicating SO much time to working and being committed to something. I think there is a social psychology theory related to this that if everyone else slacks off, it justifies and makes you feel better if you decide to slack off. Something related to conforming to societal norm, let me know if you are aware. So in a way, psychologically for a moment, I felt overworked and that I needed to back off.

After much thought, there was a realization that everyone has their own state of what makes them balanced and some people find balance in difference ways. I actually heard this in a recent De Novo podcast. As of lately, since it could change, I find that by working and being productive is what makes me feel balanced. I know Clif Wilson just did a post on this recently too, which is what sparked my thought and realization of being balanced by working.

It seems pretty common sense to live in moderation and not being concerned of others for any outsider of the fitness industry. Having not been in the industry for a prolonged period, maybe I don’t have the whole picture from my point of view. But, I will speak to what I know and have observed. So, why would the fitness industry have this prior, and maybe still current, mindset of “I have more willpower than you and must show off how much self-control I have.”?… Well, in my opinion, it has to do with the superficialness of the industry. It would make sense that people associated with a sport that is based upon aesthetics and how you look would be concerned with trying to impress other people with their “insurmountable amount of self-control.” In reality, this type of behavior is unhealthy and can lead to eating disorders when it comes to nutrition. And outside of nutrition, is living a life where you’re putting on a show for others really the life you want to live? Make sure when writing the story of your life, you’re the one holding the pen.

So to summarize, having a goal is great and having that “all-in” mindset is awesome when you find a method that is sustainable for you to reach that goal. But make sure you allow yourself to adapt to the situation you’re in.  Also, while pursuing goals, remember we all have different definitions of what balance is for each of us.  It is subjective to the individual and will change over time.  Don’t get so caught up, and just do what makes you happy.