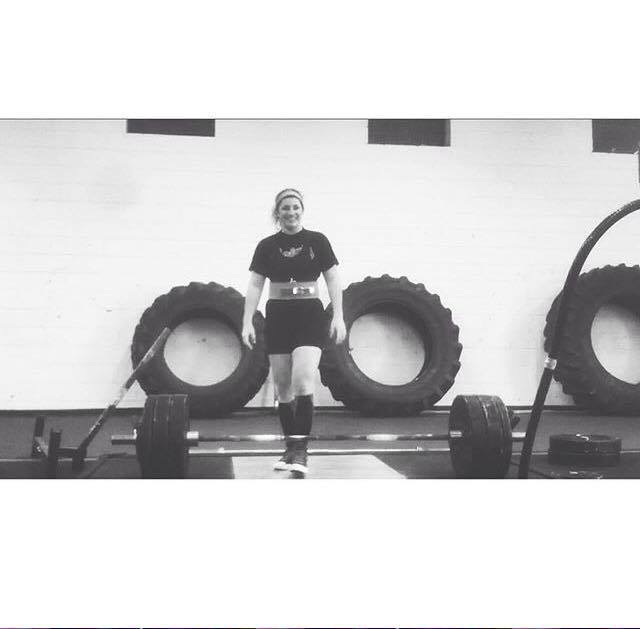 A little over a year ago, I had just made the switch from bodybuilding style workouts to a powerlifting program, and in addition had just finished about a 20lb cut and was slowly starting a reverse diet. I had dedicated a lot of time researching to learn how to set up my own program for PL but unfortunately wasn’t progressing much on the program I had put together. After a couple months of stagnation, I was referred to my current coach, Jason, who I was told was very knowledgeable in PL and would help me get my numbers up!

Starting off, I figured he would give me a program to follow for 4 weeks. From there, I was going to test the waters and see what I thought, then decide if I wanted to stay working with him or use the foundation of the program and just re-run it for a few months to save money. It was obvious from the beginning that I would probably work with him longer than 4 weeks after I saw how much he invested in his clients.

In the past, I checked in with a coach once a week and would hear from them maybe one other time during the week. But at Ralya Performance, there is a whole aspect of support that you receive that is invaluable. I remember every couple emails I would send with questions, I would apologize and feel bad for bugging him. He would quickly respond and didn’t mind it because he wanted to help and make sure we were on the same page. Not only emails, but texting too, at appropriate hours anyway. 😊

Starting in powerlifting in October 2014, I hadn’t progressed much on my own. But, after a couple months of working with Jason, my maxes were jumping up. Of course, being a newbie powerlifter can attribute to this but proper programming deserves majority of the credit. On top of that, he also was helping me with my reverse diet and managed to get my caloric intake much higher than where I was before since I was increasing my macros so conservatively on my own. I was very impressed with the gains I was making in the gym, as well as aesthetically during this process.

The longer we worked together, the more I knew I had the made the right choice to pursue powerlifting, reverse dieting and choose Jason as a coach. After a couple months, we had decided to pick a meet to prep for later in the year to give me an extended period of time to get strong and prepare. I knew that powerlifting was of interest to me but I didn’t know exactly what I was getting into so I wanted to make sure I watched a meet first and felt comfortable before I stepped onto the platform. Jason was really cool about this too and made sure he answered questions I had and really just invested a lot in helping me to learn more about the sport.

My first meet was in August of 2015 and went really, really well. I placed first in my weight class for the open division, set a state record for squats in my weight class, went 9/9 and had a ton of fun. Hit a total of 760 at 156 body weight and a wilks of 340. Mission accomplished.

I decided I wanted to compete at the state meet after finishing my first meet and had 13 weeks to prep. My goal was to continue building strength, but start to slowly cut weight as well. I was excited to start a cut after reverse dieting for so long. The diet aspect really wasn’t terribly hard since we had got my macros up so high. The most difficult part was just training in the gym on lower energy levels than I had during my previous prep. Regardless, I was still really happy that I never really felt starved or deprived of foods since we follow a flexible dieting approach.

Going into the state meet was a little tougher to peak since I didn’t have much time between the two meets but we managed to still have a good outcome. I placed second in my weight class for the open division, broke my prior state record for my weight class, went 8/9 on my lifts and had a really fun experience again. The meet didn’t go exactly as I had expected, but there were learning experiences to take away. Regardless, I was happy with my outcome, hit a 770 total at 148 body weight and a wilks of 358.

My plans right now are to take a good, long off season. I want to step away from the higher intensity workouts and work on building up weaknesses. We have a program set up to do just that. I am also planning to cut the final 10 pounds to make the 138 weight class.

I am very excited for the upcoming year to compete again and am aiming to qualify for USAPL raw nationals in 2016. For now, I will take this sport one day at a time and make sure I enjoy it every step of the way.

My favorite aspect of working with Jason has been that we are comparable athletes. He operates very similarly to me which is why I believe he makes such a great coach, for me. Just like some people have different preferences for workout programs/diet plans to follow, I believe the same is true with coaching. Just because the coaching style fits one person really well, doesn’t mean it will hold true for every other athlete. Taking into account the mentality of the athlete can be a huge factor and often overlooked, and I believe that has played a huge role in our time together.

Coaching is more than just a person writing a diet/exercise program and handing it over for the client to do each week. He provides a program, but we work as a team. I tell him how my lifts went, what exercises really activated what were trying to target, and so much more. This is a system that requires both parties in order to see results and progress. The great part about it being a system is he customizes all the programs to fit the athlete based on what he knows they can mentally handle, as well as what they enjoy. Because in the end, what you enjoy is what will be optimal for you.

I truly believe in Jason. His knowledge, experience and passion to help people be strong and confident in unparalleled. Not only in physical aspects but mental as well, which is often overlooked in the industry. There is no doubt that I have made tremendous progress in my strength in this last year, but he has also helped me learn and progress in other areas of my life as well. The well being of your life is as important as reaching your fitness/nutrition goals, and to be in the hands of someone who cares about that aspect of your life is definitely worth investing.